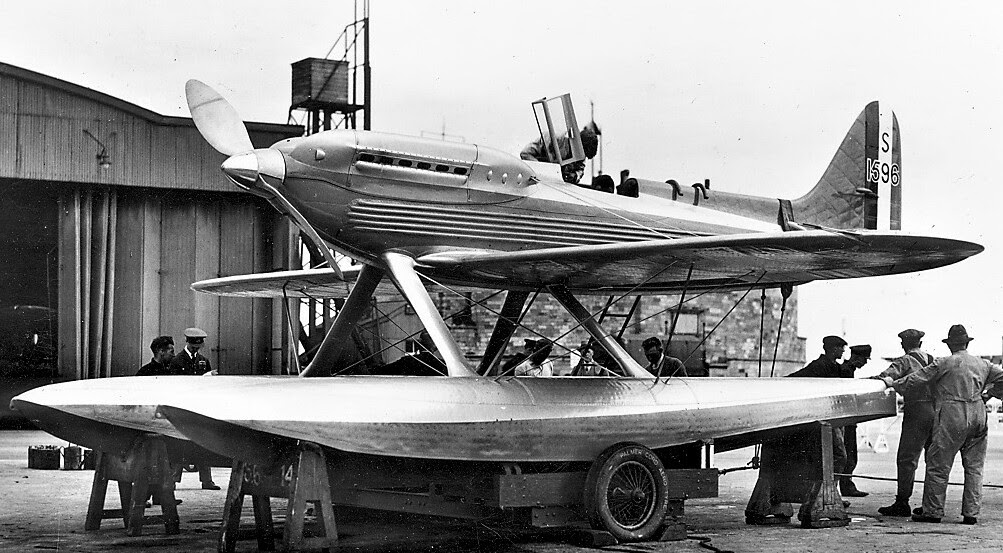 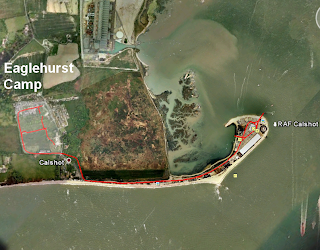 I suddenly had an idea today, pretty basic, but it's given me some ideas for half of the layout. (Stop laughing at the back!) "Why not copy from the prototype?" OK, it had occurred to me before today, but suddenly it all seemed to fall in place.
The top screenshot shows the location of the Calshot RAF Narrow Gauge Railway and shows its route (red line) along the spit across to Eaglehurst camp. Now let's zoom in a bit: 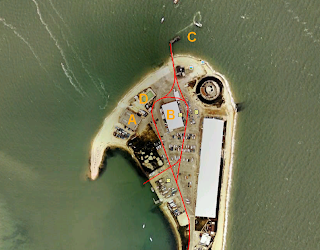 Looking north towards the end of the spit we can see a jetty (marked C). There were at one point, I believe , two tracks here (although I'll need to double check that!). Running southwards, the line reached a triangle. Trains did not use this triangle to turn round, otherwise they would be travelling boiler first up the ascent to Eaglehurst Camp. Straight ahead you can see the letter B, this is hangar F (or F shed). The railway ran either side of this hangar, narrowly skirting the south-eastern wall. There was a junction soon after where a line went onto the Powerhouse pier (now demolished) and the main line continued along the spit. There were a series of sidings and passing loops along the spit itself.
Anyway, back to my earlier point, following the prototype (ish) we can see letter A on the aerial view. This is hangar D (or D shed) which was in its later years used as a workshop and store. I have modelled a low relief version of this hangar and was used on Calshot MkI. Now, I have been thinking about magically relocating hangar D to where hangar F is (moving A to B, effectively!) Now, let's see what I'm proposing for half of the layout: 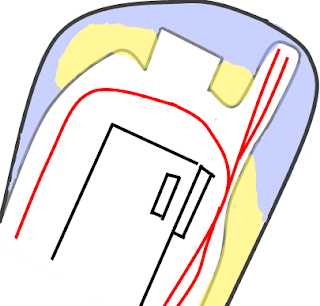 It is very similar to my first plan for Calshot MkII which I still rather like, but this will take up slightly less space. Decisions, decisions!
Posted by Jam at 17:46

This is looking interesting... and a bit serious! Your inspiration is obviously back on course. A very nice track plan transposed from the prototype. Is the actual modelling kicking off soon?

All the best
Simon

Hello Simon!
Apologies I missed your comment...
Many thanks for the compliments, the actual modelling will begin after the exhibition on 22nd/23rd May with any luck. Not long now.

Did you know that you can create short links with AdFly and receive dollars for every click on your short urls.