Final plan and the sub-frame 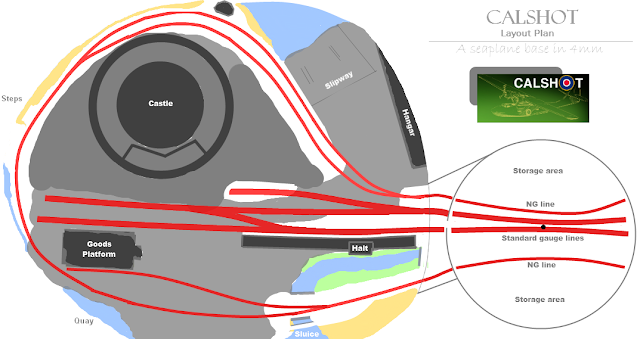 Unfortunately carpenter Dad has been unwell recently so I've had to go it alone on the woodwork front. However, all is not lost as I'm not too bad at it myself (although not a patch on Dad!). Yesterday and this morning I started building the sub-frame. I have left it quite late but in actual fact this has been for the better. It is made from softwood reclaimed from an old layout.

To start with I marked out the longitudinal battens and worked out where I wanted the notches. The notches were then cut out using a saw and chisel which took about 3 hours to do 30 notches!

Next up was the initial trial fit of the battens just to check they all fit where they are supposed to!

Once I was happy, the battens were pushed into place. Quite a few of them needed a little encouragement with a saw and hammer but eventually all was well and they fitted in as shown below.

The next stage was to cut out the holes for the point motors. Some of these look far too small so I may have to remove some trackbed supports to enable them to be enlarged. They were cut out using a router.