Wrecking a seaplane - Abandoned but not forgotten

Wrecking a seaplane
I seem to be on a roll with my modelling this week! Here's today's work turning that Catalina into an abandoned wreck. Still much more to do but it is getting there. These photos have been taken on a piece of mount-board with a backscene propped up behind. I hope you enjoy looking at this set and I would appreciate any comments, good or bad (as long as they're constructive negative comments!). The paint peeling off has been created using a sandpaper attachment on a Dremel. Weathering is with watercolour pencils (again!). 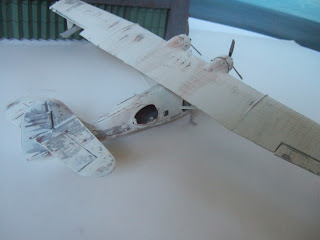 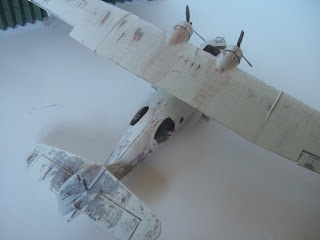 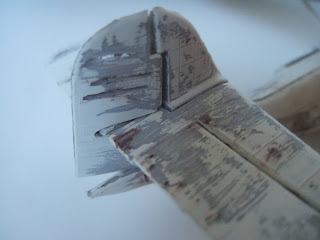 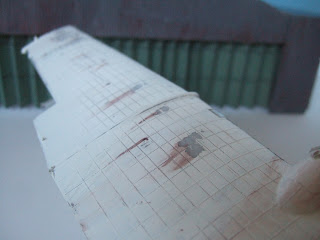 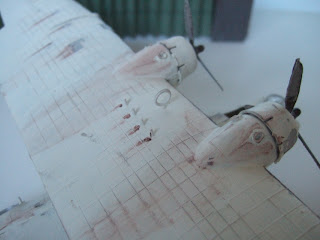 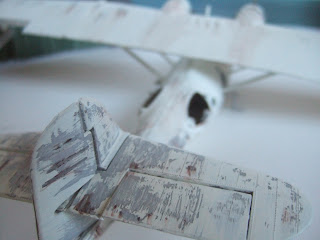 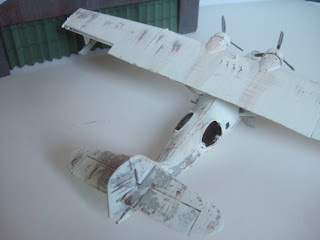 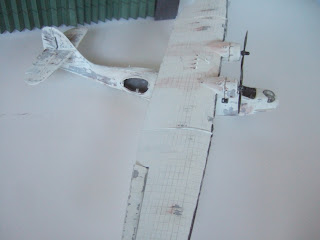 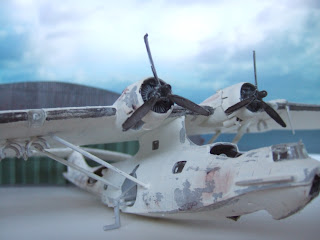 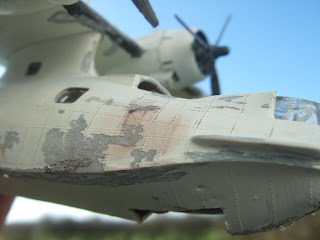 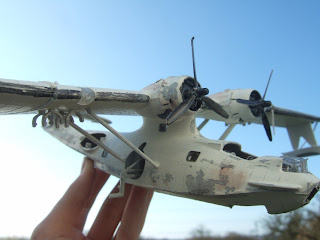 Extension V.2 continued...
Originally the layout was built to be transported in a small car, however, it doesn't fit!
Therefore I have had to use my dad's van which has ample room in both width, length and height. If I was to start this again (which I won't  ;) ) I would double-check the room available in the car BEFORE building the layout.
Speaking about designing it for transport, here is a possible way of transporting the layout using castors: 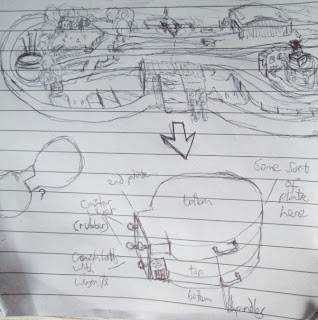 Now I just need to convince myself and my dad that building an extension is a good idea...!
Posted by Jam at 13:39 No comments:

Despite my status update earlier, I'm still planning an extension, not just a fiddle yard. Here's my latest plan after a thought struck me earlier. It occurred to me that my abnormally-shaped plan for my extension would be hell to transport! So, I took the original layout and mirrored it and came up with this:

This design allows me to stack the two boards on top of one another. I'd have to create a square off section for the original board to make it easier to connect the two board. The join would be approximately where the tail fin of the seaplane is. The controls will be concealed in the hangar at the bottom of the diagram. Not sure what I'm going to do with the backscene though...
Oh, and while I'm here, here are a couple snaps with the second layer of paint on the seaplane: 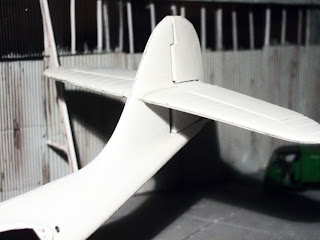 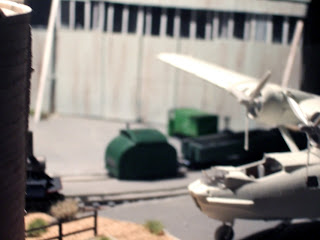 I'll be interested to hear your point of view on the extension plan. I'm not sure how accurate the plan is because it is not drawn to scale, but it should give a general idea. The big green rectangle is a sports field for the RAF base. Also visible is the standard gauge platform and also the NG engine shed (based upon the one at Eaglehurst).
Posted by Jam at 19:25 No comments:

Preliminary sketch, how not to paint a seaplane and more weathering

Hello again,
Here's a sketch of the possible extension. The existing hangar will be extended and will have an apron sitting next to it along with yet another slipway. I have also shown the beached seaplane at the back (will be the Catalina in the photos below) and the beach, trees (forming the scenic break) and locomotive shed. 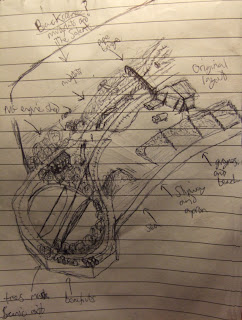 These next photos show the freshly painted Catalina. The painting is of poor standard and I still have another coat to go on. Also, I will need to add the glazing, paint the wheels and props. Then it will have a battered about look (not quite as drastic, but not far off something like this: Beached Catalina) Will be an interesting weathering challenge! 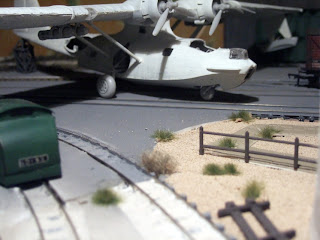 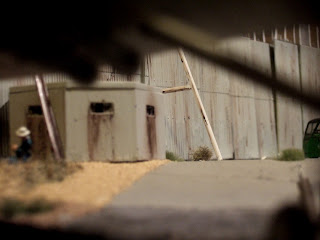 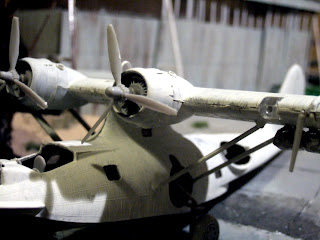 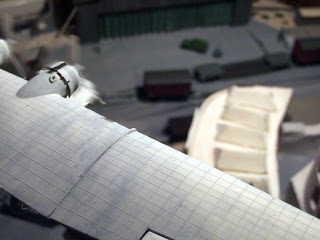 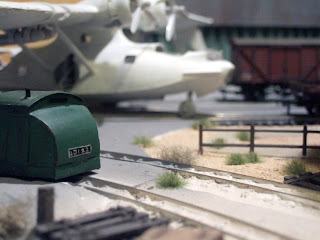 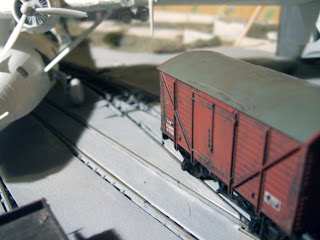 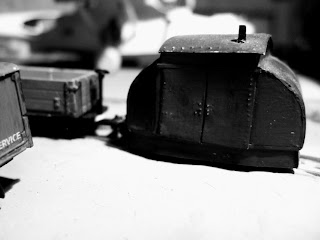 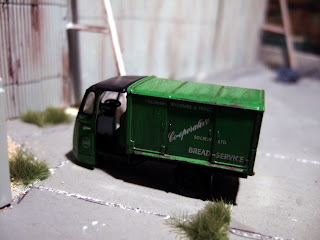 I hope you have enjoyed these set of photos. If you require any more information please do leave a comment and I will get back to you as soon as possible!
Thanks for looking,
Jam
Posted by Jam at 22:29 No comments: